Caution: This article contains spoilers for Avengers: Infinity War. Please exit this page if you do not wish to be spoiled. What's poppin, it's Trigger here, and today I have a new feature to unveil. You know that it's Annual Battlez by the title unless you're click happy and just clicked without bothering to read the name. But you don't know exactly what it is, do you? That's what I'm about to show you!

The Diamond Fist of Aeon, an artifact of insurmountable power. The Diamond Fist was wielded by Aeon, who ruled the Hastatian multiverse with an iron... eh, Diamond Fist (the name's not just for show, it's real diamond!). He was defeated by Xeno, his polar opposite, and had the fist pried from his grip, where it has been flying through the multiverse for generations. It has since shrunken from it's time and space and has found it's home in the Venturedome Jewelry Store. What do you know.

Scooby Dooby Hickey, ultimate bandit of ケℐ+$sºɟ℮®N₂ǝｕℎ, has sliced open the walls of Venturedome Jewelry Store and robbed the gauntlet for his own doing. Now he has complete and unassaiable power over the multiverse... or so he thinks, for without the Eternal Gems, the Diamond Fist is completely and utterly powerless.

No, Eternal Gems, which are totally not a ripoff of the Infinity Stones in any way. Once fused with the Diamond Fist, it will be given power... eternal power. The Eternal Gems are:

But where are they?

The Eternal Stones have been scattered across Hastatus, as they are too dangerous to be brought together. That is why I am recruiting you- yes, you, dimensional masters, to build an army to stop this canine menace from snapping us out of existence... eh, I mean PUNCHING his out of existence. Can't rip off Thanos too much. 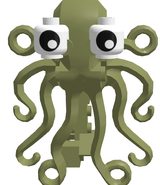 Klaus (Brawler)
Add a photo to this gallery

VTOL (Air Support)
Add a photo to this gallery

James (Hastatus)
Add a photo to this gallery

The “Excalibur’s Power”, “Celestial Bronze Weaponry” and “Magnesium Bullets” Red Bricks have been activated for this team. 9000 Enemy Soldier Minions have also been hired as mercenaries and placed at Germanyball’s disposal. (And if it wasn’t already clear, Alabaster has command of the Tower of the Moon, meaning he has access to 128 swordsmen, 64 mages, 64 Roman-esque legionnares, 16 DW2-equivalent tanks, 8 SPG/Tank Destroyer halftrack hybrids, 128 riflemen, and 64 sharpshooters. All of them are orcs.)

Team Scooby Dooby Hickey has found a robot, Robb Bolt. Hickey initially attempted to short circuit Bolt with his water gun, but realized that Bolt could help them immensely, being able to locate Eternal Gems. Bolt tells Hickey where the Gem of Knowledge is secretly, but is willing to share it with others if he must.

Scooby Dooby Hickey's army has caught a reading on the Gem of Knowledge. He approaches in one of Jonah's Helicopters, failing to notice the other armies. "Sir", says Likuta, "There are readings of three enemy ships approaching. Should we take action?". "Nah", says Hickey, gnawing on a stick of chewing gum, "We have eight ships!". "Numbers don't decide everything," replies Likuta, "We do not know who the pilots or the passengers are...". Hickey proceeds to plug his ears, not wanting to hear anymore of what Likuta is saying.

Alabaster blinked as he read the quest description and objectives Dominic was showing him. “What? This sort of thing? And right after Torrent finished that quest of his? ...Sounds like lazy plot development to me.” - Later - Alabaster led the others on the Hastatus Expeditionary Force through the Mandala, to the gate which led to Hastatus. Passing through, they emerged in a burnt-down store, which used to sell... jewelry, by the looks of the gemstones and gold scattered around the floor. Alabaster’s compass swung around wildly, settling on a point far from their current location. The HEF loaded their men and tanks onto the Ketty Jay and America’s B-52, and the spaceworthy flightcraft took off, following Alabaster’s compass to the closest Gemstone, the Gem of Reference... - Later still - Alabaster stopped the two aircraft as they travelled. Dominic displayed the message for everyone. “An NPC has been located who can locate the Eternal Gems.” Alabaster redirected the aircraft, making a beeline straight for one “Robb Bolt”. “... Who even comes up with these names?!” Alabaster deadpanned at the exclamation point hovering over Robb Bolt's head. Whatever Terraverse was putting him through now, it just wasn't funny. The wizard sighed. "What'cha got, Dom?" "... Oh, thank goodness you're here!" Robb Bolt said. "Scooby Doobey Hickey just passed by. It was SCARY! They made me give them the location of the Gem of Knowledge! I just hope someone like you can stop them before they collect all six Gems!" Alabaster's deadpan grew even more deadpan as he looked at the crowd of nine thousand ... Enemy soldiers, along with the best fighters he and Torrent could muster. Accepting the quest, Dom passed the coordinates into his compass and the B-52 and Ketty Jay were soon airborn once again, flying towards the Gem of Knowledge, and hopefully the forces of Scooby Dooby Hickey... Alabaster, USAball, and Captain Frey all shielded their eyes as the glint of the Gem of Knowledge became apparent in the starry sky of Hastatus. They readied their weapons, as either they had somehow passed Scooby Doobey Hickey's army and gotten here first, or it was an ambush, using the glow of the Gem about a day's flight away to lure them into a trap...

After wiping out half the life in the Marvel Universe, Thanos has begun to rest on a unknown planet, knowing that he’s completed his journey. However, he’s learned about another Multiverse, called Hastatus, where a dog-like figure stole a diamond fist, similar to his Infinity Gauntlet. Thanos uses the Space Stone to teleport to the dimension. He relives he can’t do it alone, because he lost the Time and Mind Stones, so he summons vehicles, and people. He also resurrects a few of the victims of his snap.

In the Sanctuary II, Lord Shadowbringer tracks a signal from Robb Bolt. He is giving away the location of the Gem of Knowledge. “To complete the gauntlet once again, he needs the Gem of Knowledge, as well as either the gems of Form, Sense, or Reference.” He tracks down Robb Bolt, while Thanos beams down himself, Doctor Strange, Lord Shadowbringer, Lord Vortech, iNinjago, and Tracer, to get the location of the first Eternal Gem.

They are beamed to the ground, in front of Robb Bolt. “Why do people want to know where the Gem of Knowledge is?” Jago answers, “We have to find that Gem, plus the Form, Sense, or Reference gems. We have 4 stones from a different universe, but we need the other 2 to complete the gauntlet that Thanos has.” Robb Bolt gives the location of the Gem, and the others are beamed back up to the Sanctuary II. On the way, Thanos catches a glimpse two other ships, below them. He realizes that he and SDH aren’t the only ones wanting to use the Eternal Stones.

iNinjago, Doctor Strange, and Tracer enter the Ketty Jay, with Doctor Strange making a shield. "I hope they want to use the Eternal Stones to stop SDH, but I'm not going to be suprised if they don't," iNinjago says. Tracer pulls out her Pulse Pistols, while iNinjago pulls out his katanas and Doctor Strange creates his magical shields, hoping they can get the Gem of Knowledge.

The three find a multitude of Kar. 98 rifles and MP 40s pointed at them, plus a 76-mm tank cannon, but none firing... yet. "What of doing here?!" Germany said. "Alabaster!" The wizard appeared, no doubt having heard the intruders from the bridge. "What the Countryball said," Alabaster said, walking out of the bulkhead's shadow and into the light. "Who are you, and what are you doing here?"

"We're trying to get the Gem of Knowledge, plus one of the gems of Form, Sense, and Reference," Jago starts, "But we found you guys. I'm iNinjago, and these others are Tracer and Doctor Strange. Why are your ships here?"

"Curiously enough," Alabaster said, "Your people and my people are trying to do the same thing. I recieved a quest saying to reclaim the Eternal Gems from one Scooby Doobey Hickey and save all of Hastatus. I collected the army you see here and came to Hastatus to complete that quest. But why do you want specific Gems? What plans does your Commander, Thanos, have?" Alabaster levelled his staff at iNinjago. Four seperate clicks are heard. "What aren't you telling me?"

"Don't ask me why he needs specific ones. The Gem of Knowledge is possibly the closest thing to the mind stone, but I don't know about the other ones. Thanos only needs them to stop SDH from causing any more chaos. So far, he has 4 infinity stones, but he lost 2 others."

"I think he'll be alright with that," Jago says. "Now we need to get the Gem of Knowledge. Lord Shadowbringer, the second-in-command who I don't trust after he almost destroyed the internet, says he got some energy readings. We must be close."

"Same here," Alabaster said, motioning for the soldiers to lower their weapons. "We've spotted the Gem glowing in the distance, but we're still too far to make out where Scooby Doobey Hickey is. Relay to Thanos that we can hold our own in space and in the air, but that most of the HEF is best used on the ground. Perhaps we can grab the Gem and lure him to a killzone?"

"That would probably be the best strategy," says Jago. "We'll go tell Thanos the information and the plan." Tracer, Jago, and DS exit the Ketty Jay, and enter the command ship. Tracer tells Thanos the plan, and the Sanctuary II, now with the B-52 and the Ketty Jay in the ship, head closer to the gem, as the energy readings rise.

Cancelled due to inactivity.

Retrieved from "https://lego-dimensions-customs.fandom.com/wiki/User_blog:Trigger_Happy_the_Gremlin/Annual_Battlez:_2018?oldid=34175"
Community content is available under CC-BY-SA unless otherwise noted.