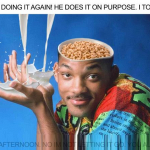 AI admit I don't go on this wiki that often. However, you can find me on the LMMCU Wiki and most LMMCU Discord servers. Oh also, I made this. Yeet. Oh, and wafflez.

Retrieved from "https://lego-dimensions-customs.fandom.com/wiki/User:ShadeTheNarwhal?oldid=36909"
Community content is available under CC-BY-SA unless otherwise noted.