Samus Aran is one of the Fun Pack characters in LEGO Dimensions 2: The Rise of Enoch, from the Metroid franchise.

Samus Aran (サムス・アラン Samusu Aran?) is an intergalactic bounty hunter and the protagonist of the Metroid series.

The daughter of Rodney Aran and Virginia Aran, she lost her parents during a Space Pirate raid on her home of K-2L. Later, Samus was adopted by the mysterious Chozo and taken to Zebes, where she was infused with their DNA and raised to become a warrior. Once she reached adulthood, Samus joined the Federation Police and served under the Commanding Officer Adam Malkovich. Though she ultimately left to become a Bounty Hunter, she was nonetheless hired by the Galactic Federation on many occasions. Equipped with her cybernetic Power Suit, Samus has become famous for accomplishing missions previously thought impossible. Her most renowned achievements are the destruction of the Space Pirate base on Zebes, her role in ending the Galactic Phazon crisis, her extermination of the Metroid species, and her disobedience of orders at the Biologic Space Laboratories research station where she chose to destroy the deadly X Parasites rather than turn them over to the Galactic Federation.

Samus broke ground early in the gaming world when she debuted in the 1986 game Metroid. Originally players were under the impression that Samus was a male, as even the instruction booklet suggested this. However, completing Metroid in under five hours revealed Samus to be a young woman. Although Samus wears the Power Suit throughout most of the Metroid series, she traditionally removes it at the end of most games, often as a result of satisfying certain conditions such as completing the game quickly or with a high percentage of the game's items collected or even both. 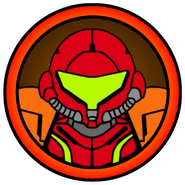