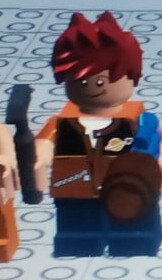 Phineas Flynn is a Playable Character hailing from the Phineas and Ferb franchise.

Phineas Flynn is one of the two Titular Protagonists of Phineas and Ferb, as in every Summer day, he has plans to seize the Day from Boredom.

More will be added.

Retrieved from "https://lego-dimensions-customs.fandom.com/wiki/Phineas_Flynn_(Spider-GemBlur)?oldid=30855"
Community content is available under CC-BY-SA unless otherwise noted.