“All things must pass!”

“Would you still summon me, even if I were Sixty-Four?”

“I got the feeling that things aren't as rosy under the surface!”

“This doesn't look at all well!”

— Paul's first line in the Vortex

“This is crazy, not the craziest thing I've seen, but still crazy.”

— Paul's second line in the Vortex

“Not what I'd call the best choice of color, mate.”

“You've got to be good looking because you're so hard to see.”

“Your guitar seems to be...gently weeping. Need some help, there?”

“Groovy! Let's get this thing going, then!”

— Paul to the Mystery Machine

“Not so teeny weeny, are you, big-fella?”

“Do you think they've heard us?”

“Underwater cities to explore, ones with holes, monsters and even nothing. Where to?”

— Paul when in the Yellow Submarine Adventure World

— Paul when unable to solve a puzzle

— Paul when able to solve a puzzle 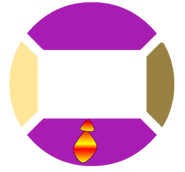 Paul's Base
Add a photo to this gallery
Retrieved from "https://lego-dimensions-customs.fandom.com/wiki/Paul_McCartney_(SpongebobAtnight)?oldid=32864"
Community content is available under CC-BY-SA unless otherwise noted.