“Got a roll of silver studs, let's do this!”

Gamer Gal is a character in LEGO Dimensions. She was released in Wave X in 20XX.

“Got a roll of silver studs, let's do this!”

— Gamer Gal when seeing a Cyberman.

“I bet you and Lizzie would get along well.”

“Hey, shouldn't you be collecting candy?”

“Guess the hoop thing didn't work out so well, huh?”

“Why would he even need this?”

— Gamer Gal when seeing a Big-Fig or when riding a mech.

“You still hiring for that Rookie position?”

“Yeesh, where do I put the silver stud?”

— Gamer Gal when in the Midway Arcade World.

“Too bad I couldn't insert my initials...”

“There was once someone who had a roll of silver studs, and now I'm out of them. Bye!” 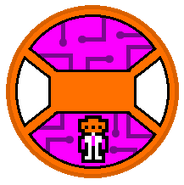 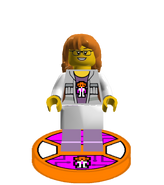 Add a photo to this gallery

Retrieved from "https://lego-dimensions-customs.fandom.com/wiki/Gamer_Gal_(Xenothekid)?oldid=6220"
Community content is available under CC-BY-SA unless otherwise noted.