"Batgirl is back on the case!"

Batgirl is one of the playable characters in LEGO Dimensions 2: The Rise of Enoch, from the DC Comics franchise.

Being the daughter of Commissioner Gordon, Barbara Gordon grew up in a household filled with police officers and their stories. After graduating from college at an early age, Barbara decided that she wanted to join the Gotham City Police Department and follow in her father's footsteps, but he wouldn't allow it. One night, at a Masquerade Ball, Barbara wore a homemade "female Batman" costume as a jive against her father and ended up stopping a planned kidnapping on billionaire Bruce Wayne by Killer Moth. Realizing that this was how she could fight crime, Barbara decided to keep the Batgirl moniker.

Though Batman didn't approve of her at first, he eventually came to accept her due to urges from Alfred and revealed his identity as Bruce Wayne to her. She worked with the Dynamic Duo, until Robin left when she became Batman's primary partner, until a new Robin was recruited.

Batgirl is romantically interested in Nightwing and is friends with Supergirl, despite Batman-family members not normally getting along with their Superman-family counterparts. Batgirl has rivalries with Batman's female enemies, particularly Poison Ivy and Harley Quinn. She has also mentored Stephanie Brown.

"More bad guys? Was it something I said?"

-Batgirl's line when in combat. 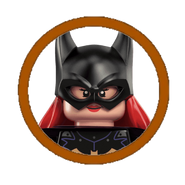 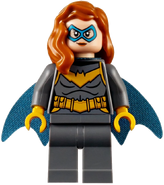 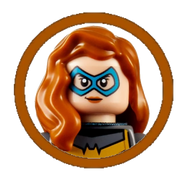